In case you have been under a rock, this week was the twenty-fifth anniversary of the first ever World Wide Web (WWW) page on August 23, 1991.

Celebrating the silver anniversary of the first WWW page is a milestone which brings reflection now in 2016.

Many things have happened since that fateful day in 1991. Computers have become cheaper (and smaller) thanks to the invention of smartphones and tablets. The days of hearing that annoying dial-up sound, confirming you have connected to the Internet, have gone with Wi-Fi and 4G mobile networks. Adios Yahoo! Chat. Hello Facebook, and other social media networks for interacting with others. 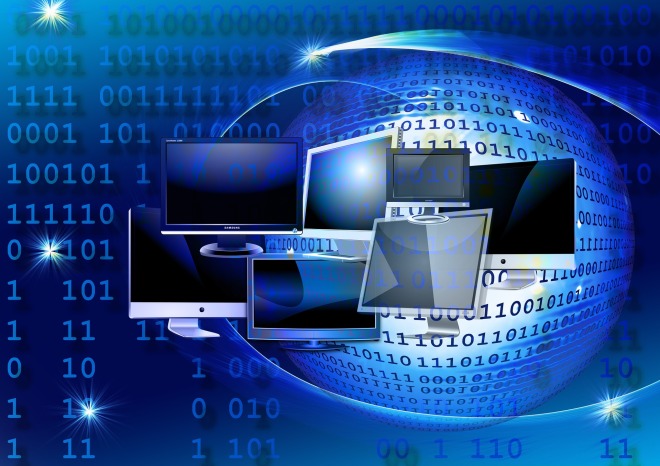 Monitor via Pixybay Under Public Domain by the Creative Commons

Meanwhile, the Internet of Things is in line to become what some dub it as “social media for machines.” As author Jeremy Rifkin calls it the convergence of communications, energy, and a logistics Internet. The WWW helped guide this.

Now for the one billion dollar question: Is the world better off with the WWW/Internet or not in 2016?

It’s not an easy answer. Both the Yes and no sides have excellent arguments which would make you think.

Many benefits of having the WWW has been promoting another global brand into another area of the world. Consider in the early 1990’s, most people in North America would not have heard of world-class soccer competitions, including the UEFA Champions League, or Copa Libertadores. The WWW has allowed international organizations like both UEFA, and CONEBOL to promote their brands at a global reach. Places like Canada could see top-notch club soccer more often. Now in 2016, the UEFA Champions League is frequently seen on multiple channels of TSN, or beIN Sports. Perhaps even, more important is this has spilled over into North America’s top-tier soccer league, Major League Soccer (MLS). MLS now is considered a top choice sport among millennials.

Another significant advantage of the WWW has been able to cut transaction costs. A 2012 Mashable article noted without the Internet, paying for stamps to send a letter, instead of emails would cost $6.3 US trillion. That’s a lot of money saved by businesses, and individuals that could have gone to the US Postal Service (Or Canada Post in the Great White North).

Lowering transaction costs from the WWW has allowed for more opportunities for collaboration, globally. Don Tapscott and Anthony D. Williams highlighted this in their 2010 book Macrowikinomics. They argued:

In this new age of networked intelligence, businesses and communities are bypassing crumbling institutions. We are altering the way our financial institutions and governments operate; how we educate our children; and how the healthcare, newspaper, and energy industries serve their customers.

A good example of mass collaboration is CleanTechnica.com, which is a blog focusing reporting about the new post-industrial renewable energy we are heading. This site provides analysis and news which mainstream media fails to pick up on clean technology.

Yet, the WWW has provided major societal headaches.

Privacy and security the one issue to me, which can drop an atomic bomb on any good the WWW has done for society.

With social media tools, it’s possible for someone to stalk someone on a daily basis. In 2012, The Guardian reported social networks and the advancement of smartphones was making easier for stalkers to target people.

Meanwhile, in 2016, cyber hackers have a never-ending list of destructive tools at their destruction ranging from viruses, malware, and ransomware. Who can forget the Heartbleed bug, which knocked down CRA, and extended the tax deadline in 2014 by five days? (I know because that was my first year of running my tax business and drove me bonkers). Or consider the “Dragonfly Incident” of 2013, in which hackers targeted a French website of a renewable energy company, implanted a virus, which infected customer computers.

Are we better off now than in 1991? Yes, and no. Yes, we have more information, yes we can collaborate more with people from other parts of the world. No, we are more at both an increased personal security and privacy risk. It’s not as simple as playing your Playstation 4 on your 50-inch Samsung smart tv against someone from China, or Pokemon Go on your smart phone. There are real issues which everyone needs to grasp. It’s gut check time for government, policy makers, and Silicon Valley.

The WWW/Internet will bring more positives, and just as many challenges in the future.

Perhaps, here are two videos from two people who represent the pros and cons of the WWW/Internet. Don Tapscott, and Andrew Keen.

What do you think? Has the WWW/Internet been a good or bad influence? Connect with me on Facebook, LinkedIn, Twitter, Google+, or by email at adamjwpg@mymts.net.


When you think of social media, your initial thoughts come to posting a link on Facebook, trying to connect with a potential employer on LinkedIn, or tweeting about the latest Major League Soccer game on Twitter.

The second aspect of social media networks most people think about is leveraging marketing opportunities to sell products and services online.

What you may not think about social media is its potential to enhance smart grid capabilities to improve efficiency, accuracy, and maximize the customer experience.

In simple terms, smart grids utilize Internet-based technology to provide two-way communication between devices and the utility, according to the US Department of Energy. Components of the smart grid include smart meters, sensors which transfer data to the service, and web-based energy management systems.

While the current grid system was excellent in providing energy management for the 20th century, which used fossil fuels, today’s energy system in 2016 is a lot more complicated than of prior regimes.

Blackouts in recent history, changes in technological habits, along with increased extreme weather risks due to climate change have strengthened the need to implement smart grids.

Currently, we are seeing smart grid projects seen all over the world, including projects in Austin Texas, and in Germany, to improve energy costs and emissions. Elements of the smart grid are being implemented in wind, and solar farms, and utility power plants in better managing energy systems.

Smart grid global market value is expected to reach $400 billion US by 2020, according to GreenTech Media. The World Economic Forum called for in 2015 a $7.5 US trillion investment within the next 25 years in improving our global grid system to meet our current energy challenges, while mitigating climate change risks.

Early in the 2000’s author Jeremy Rifkin predicted the implementation of a smart grid. His 2002 book The Hydrogen Economy, he argued that end users would use similar smart technologies and principles which helped propel the World Wide Web in the 1990’s to plug and play their fuel cells into localized Hydrogen Energy Web’s (HEW). Rifkin also notes this would help decentralize the energy system, as consumers would be able to share clean energy with each other.

While his initial prediction did not necessarily come to pass about the hydrogen economy, his ideas have flourished about a World Wide Web of Energy through the Smart Grid and the Internet of Things. He added further context in his 2014 book, The Zero Marginal Cost Society. Rifkin discusses the three broad components of the Internet of Things: A communications Internet, an energy Internet, and a logistics Internet.

Meanwhile, many companies are using social media to create a universal smart grid experience for customers. 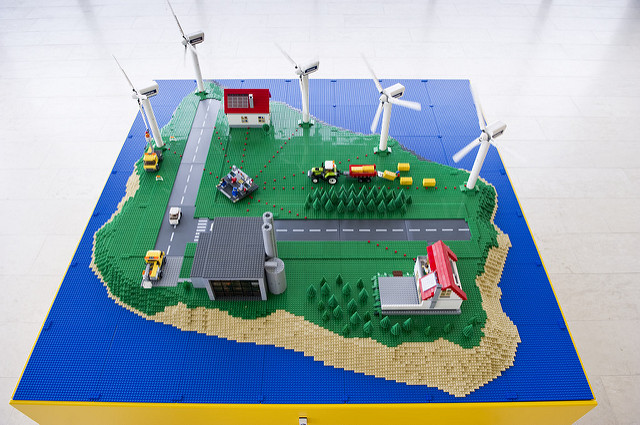 Oracale’s Opower, creates social energy software for utilities to enhance a client’s smart grid experience. Opower’s software runs on both computer and mobile apps (tablets and smartphones, which allows a customer to get real-time data on how much energy consume while providing suggestions on how they can cut their use. Utilities who have used Opower’s public service customers have created 11 terra-watt hours in energy savings (TWh), with 3TWh, coming in the past year alone.

Meanwhile, expect further social networking and smart grid integration into the future as dynamics shift from baby boomers towards millennials. A recent study suggested millennials are demanding a mix of more smart technologies, renewables, and social media be implemented by utilities, as they become the biggest consumer demographic.

I would expect the next few years to provide some disruptive, exciting development for utilities, as they look to make Generation Y happy, lower their carbon footprint, and create a plug and play consumer energy experience.

Social media is much more than snapping a photo on Instagram, or uploading a video on YouTube. Mashable said it best in 2011:

As the smart grid continues to reach more American homes, it truly will form a nationwide social network unlike anything ever was seen.

What do you think of social networking merging with smart grid technologies? Is this a good thing? How can clean tech, renewable energy analysts and social media marketers collaborate here? What challenges do they face?

Let me know. Drop me a line on Facebook, Twitter, LinkedIn, or Google+. You can also email me at adamjwpg@mymts.net.