Ok folks, here is some quick food for though numbers:

I read a recent article from an insert in the Winnipeg Free Press. The article was called “Welcome to the Confusing, Wonderful Wireless World.” Some of the more interesting statistics mentioned were:

The article noted a report from the International Telecommunications Union saying China has 1 billion mobile subscriptions, with India expected to reach that in 2012.

Seventy-Eight per cent of Canadian house holds report at least one cell phone, while there are over 25 million mobile phone subscribers in the Great White North.

That same report suggests 2.3 billion out of the global population’s 7 billion people use the Internet.

The above infograph from this insert in the October 24, 2012 Winnipeg Free Press provides some more interesting numbers for you to chew on.

There is no limit on how far mobile phone technology will have on both the developed and the developing world this century.

Ok, folks, I think it’s time to actually have a serious Winnipeg Forum on Generation Screwed. After writing numerous posts on my blog in the past two and a half months, and having numerous social media and face to face discussions, there is not a better time than now to have a heart-felt debate with a Winnipeg forum.

When you have university graduates struggling to find work, or in jobs miss-matched with their skill set, you have a problem here.

When you have students with crushing debt, you have a problem here.

When you know that analysts prescription of just going to school and getting further education in order to combat manufacturing job that have gone to lower wage countries like China, thanks to globalization is not working at all, you know you have a problem.

When you start to think that higher unemployment in the mid 1980’s sounded pretty darn good now because the jobs back thirty years ago when adjusted for inflation paid much better, you have a problem here.

When you have a generation that is going to have to pay for the financial burden of the baby-boomers, you know you are going to have a problem here.

So, here is what I propose:

Have a two-hour forum at a venue (I don’t know, Winnipeg Free Press Café).

Have the panelists make five-minute speeches on what they think is wrong and where the trends are going.

Have question and answers with the crowd, along with any questions from various social media outlets.

There. Done. While a forum won’t solve all the problems, it would be a good starting point.

On my blog, I have provided extensive coverage about “Generation Screwed,” and the challenges they face in order to stave off being one of the generation’s that is going to be worse off than their parents.

I had on my last post regarding this generation in September, provided some solutions, including reforming the education system and higher participation rates of labour unions, if necessary.

Recently, I had found some interesting analysis on the world of on-line freelance work.

A recent article from Website Magazine discussed the recent results from an Elance survey that interviewed 3,000 people about their freelance situation with some interesting statistics, showing a potential new future employment trend.

The survey found most online freelancers are either come from Generation Y (millennials) 48% or Generation X , 38%.

Elance also noted that 42% of survey participants have bachelor degrees, and 24% masters.

Meanwhile, 67% of freelance professionals said they expect more money to roll in from their work within the next year, exceeding the 57% of respondents who had seen their income grow in 2012.

The strongest demand from the Elance survey in the past year came from web design (574% increase), voice acting (295% increase) and content writing (256% growth). That’s astonishing numbers, and showing that on-line freelance work could be the real deal in finding work in a globalized economy.

Here are some other interesting facts that came from this survey, that people should pay attention to:

Elance noted that most freelancers are on the go, with 2-6 projects ongoing all the time, with 70% happier and 79% more productive than if they were working for someone.

All most half work as full-time freelancers, at 48%, while 25% do this as a part-time gig, as they slug at a full-time job.

Survey respondents in 2013 expect to see the biggest growth in the freelance market in various areas including: web and mobile programming, content writing, online marketing, graphic design, and the multi media market.

Men also dominate as the majority in freelancing, taking of 58% of the jobs, compared to 42% of females.

Fabio Rosati, CEO of Elance, puts it nicely in perspective in the shift we are seeing in how work is done, thanks to freelancing:

“In just a few short years, freelancing has gone from a last resort option to a lucrative and fulfilling career,” said Fabio Rosati, president and CEO of Elance.  “As a ‘Business of One’, your potential is no longer constrained by where you live or the corporate hierarchy – the survey results clearly show that the online work opportunities are enormous.”

Does, this mean that freelancing will be the cure to all of the problems of this generation? I doubt it. If you look at a recent report by the Community Foundations of Canada. The report points to Canadians are some of the best educated in the world and more educated than ever, crippling debt, baby boomers not retiring fast enough and the lack of job opportunities are smashing the dreams of “Generation Screwed.”  We need to pay more attention to this as we are going to be paying for our parents health care and houses, which we can’t afford. How we get their, will take innovative ideas, and retooling a lot of the old institutions, and allowing boomers to retire faster than a Dodge Ram.

However, maybe, if the on-line freelance trend continues to advance, Generation Y and some of Generation X may have to change some of their thinking around. I know as a freelance writer, currently some of the work is very minimal. But while I work full-time, I am building contacts to advance my career, in what I want to do: either renewable energy/climate policy. Plus, if I continue to work at it more clients will come, thus hopefully creating a legitimate small business down the road.

Freelance work won’t solve all the problems. But for Generation Y, an “Entrepreneurial Society,” could alleviate some of the employment ills. 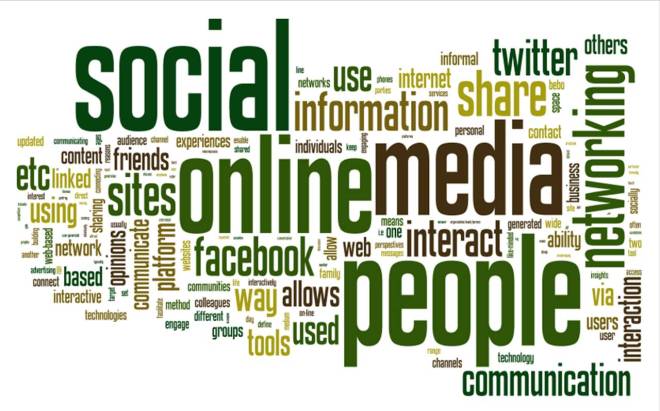 Ok, so we all have at least used some form of social media outlet. Whether it’s Facebook, Twitter, Pinterest, etc., we just can’t get enough of it. Wikipedia noted “social media became one of the most powerful sources for news updates.” Yes, everyone can be a star, advance their way to potential new job or business opportunities.

Myself, as a budding free-lance writer, using these tools benefits my work for the various websites that I write for. However, despite the potential power of social media, many often will neglect basic common courtesies when posting material online, or get bogged down.

Here is my “Social Media Rules of Engagement.”

1. DO Post your own work in the Facebook or Twitterverse: Publish all your works on all social media outlets you use. You will build a strong personal brand and business contacts.

For example, I write for Cleantechnica, Rant Gaming, and now Triple Pundit. When I post something to Twitter, the first thing I use is the company’s twitter handle, then a hash tag (#) subject, then a shorten link. For shortening links I use the Google version, as its very simple and user-friendly.

So here is one case of a recent article I did for Triple Pundit which I promoted on Twitter:  adamjohnstonwpg ‏@adamjohnstonwpg First article for @triplepundit about the which way the #renewablefuels industry could go over the #RFS http://goo.gl/dvzB9 Do not use hash tags out when linking on Facebook as it looks unprofessional.

2. Do engage respectfully with your audience: Respond to your audience’s comments when possible. This shows that you care about your audience. while also bouncing off ideas for future articles for your blog (if you have one). However, be mindful and respectful of others. It is better in the long run and will build good rapport. Limiting swearing is also good too, when possible.

4. Zip Your Lip about your Sexual or Drunken Escapades:  Any one that has a brain should know that. No one needs to see drunk photos of you on Facebook, or how smashed you are on your iphone on the Twitter app. Potential employers may look at this and think “Will this same person be like this at work?”, or “will this person embarrass potential clients who I need to keep my business going?” It’s ok to have a fun time. But the other 7 billion people do not need to see you, either. Just ask the US Service, who recently updated their social media policy after their embarrassing Colombia escapades. 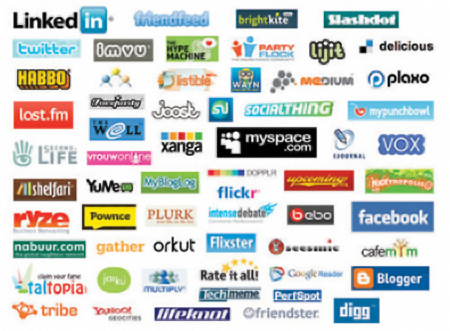 Other quick rules: Do use LinkedIn: This website is a living, breathing resume for future business contacts and employers. Engage with others I have been able to get two of my freelance jobs from LinkedIn. Shows the Internet can work in your favor.

Do Be efficient: Efficiency matters in a 24/7 world, this means no playing Angry Birds all day long.

Do Take Time For Your Self: We all love technology, but take a break for yourself and your love ones.